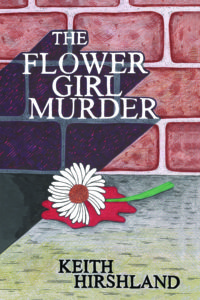 Daisy Burns was a likable, devoted wife and mother who spent her spare time volunteering at school events. Everyone loved Daisy. So why would someone shoot her three times and dump her body behind a Planned Parenthood chapter in North Carolina?

With no witnesses and few leads, Raleigh detective Marc Allen turns to the press for help—specifically, veteran news anchor Lancaster Heart. Heart agrees to broadcast the police department’s plea for information in his nightly newscasts.

Elderly viewer and longtime social worker Blanche Avery is positive she recognizes the photograph on the television as an older version of her friend Daisy— the young, heavily pregnant girl she met years before who made the decision to give her child up for adoption.

When Tanner Goochly Jr.—a member of a notorious crime family—becomes the victim of another point-blank shooting, Allen races to discover the connection between the murders. Could it be that Daisy was somehow involved with an illegal enterprise, or was she hiding something else, another secret to be discovered?

The body count is rising, and the suspect pool is widening. As Allen’s investigation reaches a fever pitch, he realizes that a mother’s choice could have killer consequences.
EXCERPT:The Flower Girl Murder

Teri had been awake for about a half an hour; it seemed like longer. Different sounds, noises, drifted into the bedroom through the window she had cracked open before settling into the queen-size bed. An occasional car, tires skimming over the pavement still wet from a late-evening, soaking thunderstorm. A dog’s bark, or was it two, somewhere fairly close. A siren way off in the distance. Teri wondered if it might be a cop chasing down a criminal or an ambulance rushing someone fighting for a last breath to a hospital that would end up being too far away. She thought about dying, and living, and the difference. Those noises that found their way into the room through the two-inch space were soothing compared to the rhythmic snoring coming from Tanner Goochly Jr.’s slightly open mouth. Teri didn’t know if that was what had awakened her, but she was certain it was what prevented her from going back to sleep. She had reached out to Goochly and found herself back in his bed. For the last twenty minutes, she had racked her wide-awake brain, trying to figure out why. The sex was still good, but Teri was becoming bored with
Tanner’s technique and the exercise’s complete lack of meaning. A crooked smile formed on her lips as she remembered finding both of those things attractive; not so much anymore. The relationship had always been easy, still was, and maybe that was why she kept coming back. There wasn’t anyone else in Tanner’s life, no other girls anyway, so Teri could come and go as she pleased, and she pretty much did just that. Tanner was the opposite of needy, and Teri had loved that about him at first. He hadn’t changed, but she was suddenly wanting more and more to be needed. She shifted from her side to her back, hoping that would trigger a position change in her sleeping companion and bring an end to the sucking and wheezing. It didn’t. The snoring never used to bother Teri; occasionally it still didn’t, but tonight it was maddening. The little things—the chewing with his mouth open, the snoring, the fact that he still thought he was, and took perverse pleasure in, fucking his cousin, and for that matter, the complete disregard for her feelings—suddenly weren’t so little anymore. Staring at the ceiling, she wondered if anybody, other than his old man, would miss Tanner Goochly Jr. if suddenly he ceased to suck oxygen. She couldn’t think of anybody and imagined that even Tanner Goochly Sr. wouldn’t miss him all that much or for all that long. The Sig Sauer P238 was in her purse. She couldn’t remember why she had decided to keep it with her this particular night instead of locking it safely away. One of the dogs, or was it the same dog, barked again. A soft breeze carried the sweet smell of rain on its back and into the room. Teri had to pee. She slipped from Tanner’s bed, silently dressed, and tiptoed down the hall and into the bathroom to do her business. She had already made the decision not to return to the bedroom, but she wasn’t sure she was quite ready to leave the apartment. On the way into the living room, she couldn’t help but notice two Harris Teeter paper grocery bags. She peeked inside and wasn’t surprised to find both filled with cash. An hour or so later, Goochly woke himself up with a snort and realized he had to go to the bathroom. He rolled out of the bed, forgetting, or not caring, that Teri had been in it with him when he fell asleep. For reasons known only to Tanner Goochly Jr., he sleepily picked his boxers and a well-worn pair of socks up off the floor and put them on. Then he padded to the bathroom. After relieving himself, he opened the medicine cabinet, took two Advil from a bottle, and swallowed them without the benefit of a drop of water. He realized he hadn’t flushed the toilet, and he turned back to accomplish that task but, again without a thought or concern for his houseguest, left the toilet seat up. Then he headed back to the bed and walked right into a pillow from his couch shielding the muzzle of a 9mm handgun. “What the fuck!” he blurted. “The fuck is your grandpa was a pervert, your old man is a pervert, and you are a pervert. And you’re an asshole to boot.” The initial shock disappeared as quickly as it had arrived, and Goochly sized up the threat. “That all may be true,” he said with a scoff, “but what, exactly, are you going to do about it?” The answer came in the form of two bullets fired from the pistol. The first hit Goochly in the chest, shattering ribs and sending splinters along with the slug into his heart. The second shot hit him just above the left eye, putting a hole in his head as it entered his brain. Goochly hit the floor with what was left of his face, breaking his nose and knocking out his two front teeth. But Tanner Goochly Jr. was well past the point of feeling any of that pain. “That’s exactly what I’m going to do about it.”
MY THOUGHTS:Keith Hirshland composes an enthralling story of the investigation into murders that are plaguing a town.

Here we have not just the mystery/procedural genre, but also romance, suspense, and old-fashioned whodunit. Most of the concentration of the plot involves what the motive of the murders is and, of course, a variety of suspects.
‘The Flower Girl Murder’ is a thought-provoking novel with down-to-earth main characters; clever interactions and a great choice for locales. Readers are treated to a behind-the scenes type look into the investigation and media angles. It offers a 3-D view of the murders and the implications to all involved. I believe many readers will want to digest all it has to offer by finishing it in one sitting as I did.
Bravo to Mr. Hirshland for his imaginative yet convincing mystery. I give it 4 stars!

“Keith Hirshland gets better with each book. A wonderful crime mystery with fun twists. And if you have ever spent time in Carolina or Northern Nevada there are quite a few local tidbits to enjoy mixed in. I look forward to more from the media guy turned novelist! This is his best book yet!”-Bruce, Amazon Review

“Big Flies by Keith Hirshland is a great read. I found myself intrigued by this talented writer’s style. A mystery woven into another mystery. The suspense was great. I enjoyed following the characters throughout the book. This novel was realistic, stunning, and one that all readers can easily connect to in one or more ways. Brilliant, clever, and mysterious. Keith Hirshland has a way that lured me in deep. I couldn’t stop reading it. ‘Big Flies’ is one mystery I highly recommend to all. 5 Stars.”-Danielle, Urban Book Reviews

“Mr. Hirshland’s style is both engaging and entertaining.  He has written and delivered a thoroughly wonderful tale of mystery and intrigue.  Will the author continue to write fiction?  If this first novel is any indication, I certainly hope so!”-LuAnn, Back Porchervations

“Get ready, sit back, and enjoy this book, because the author really has a way with words as well as a fun and fascinating plot at hand.  If you love action and surprises, you will get your fill here.  If you enjoy things on the humorous and witty side, this book will fit the bill that way as well.  Big Flies has plenty of great characters (both past and present), good buddies to enjoy you’ll want to be pals with too, a bit of mystifying romance, and some vivid and marvelous scenes.  There will be mystery stacked upon mystery, some cool 8 track tapes with great choices in music thrown in, and fantastic, detailed twists. Get swept up in this fabulous, fun mystery by Keith Hirshland!”-Jean, Snap Out Of It Jean

“I really enjoyed following along with each person as you discover more about each one along with how four unsolved mysteries may be linked to everything.  I admit that the beginning was a touch slow as you start learning about Chester and Leland, but then the story takes off like a flash. This is a great adventure and one that I recommend you check out. You will not be disappointed. 5 Stars.”-Jessica, J Bronder Book Reviews 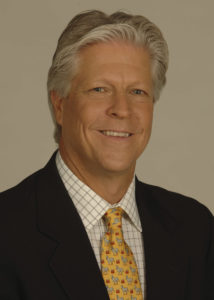 Award winning author, Keith Hirshland is an Emmy Award–winning sports television producer with more than three decades of experience producing shows that aired on ESPN and ESPN2. Among the first forty people to be hired by the Golf Channel in 1994, Hirshland was in the middle of the action when it premiered in 1995. He provided his talents for the golf network for close to two decades.

The Flower Girl Murder is Hirshland’s second novel and third book. Big Flies, his first mystery novel, was published in 2016. It is the winner of the New Apple Awards: Solo Medalist Award and runner up for the 2016 Shelf Unbound Best Indie Book of the Year.  Cover Me Boys, I’m Going In: Tales of the Tube from a Broadcast Brat is a memoir about his experiences in the television industry. It was Book Talk Radio Club’s Memoir of the Year”.

Hirshland lives in New Jersey with his wife and Bernese mountain dog.

This giveaway is for one print copy or ebook copy of the book.  Print is available to the U.S. only but ebook is available worldwide.  This giveaway ends on June 29, 2018 at midnight pacific time.  Entries are accepted via Rafflecopter only.

IF THE GIVEAWAY FORM DOESN’T AUTOMATICALLY SHOW, CLICK ON THE WORDS ‘A RAFFLECOPTER GIVEAWAY’ AND A NEW TAB WILL OPEN.

I’d Rather Be At The Beach May 7 Review

My Reading Journeys May 10 Review

Devoted Mommy of 3 May 24 Review & Excerpt

A Room Without Books is Empty June 28 Review

This site uses Akismet to reduce spam. Learn how your comment data is processed.