I don’t know whether it’s cabin fever or what, but he was one cranky boy this week. Nothing seemed to make him happy, school-wise. He got to spend some additional time with his Dad, one on one, this weekend. That usually cheers him up. Hopefully, it’ll set a better tone for the week to come. With the ice storms seeming to be over, he’ll definitely be able to go outside so that will help.

Although the sky wasn’t exactly clear, he & Dad did spend time, on a warmer night, using the telescope. Even though he didn’t get to see many stars, he got a really good look at the moon. With spring around the corner, he’ll have many more nights to experiment with astronomy.

I knew the Farmers’ Almanac was calling for a nasty winter, but I never expected the ice storms that we’ve had. Repeatedly, we lost internet reception when the satellite iced over. We’ve now had 3 consecutive 50 degree days, so, fingers-crossed, it’s over.

We’ve moved on to units of weights & mass in math. These have confused him in the past so I’m putting together another craft like the robot to assist him. So far he hasn’t struggled too much with it, but I don’t want to take any chances. State testing is only a few weeks away.

We’re finishing the play, ‘The Stormi Giovanni Club’. He not only enjoyed reading the play, but he showed great comprehension with it. For his Social Studies research paper, we’re working on the causes & effects of 9/11. Grolier On-line has done a fabulous job of explaining the event. I remember exactly where I was & what I was doing on the actual day. I was able to add a bit of that to help him understand. However, it’s never easy to detail a catastrophic event to a child. Their innocence finds it hard to process such tragedy.

In Science, we’re doing a study on the earth & moon. He’s watched a number of Discovery Education movies on tides & gravity. It’s great that he’s expressed an interest in the moon as we go through this study. He’s full of questions. I love that!

In between the research paper, we’ve begun a unit on slavery & its end. This is always an emotional topic for him. He can’t process the evil behind enslaving people. He’s often cried reading the stories, especially those of women & children. I’ve tried to focus his study on the wonderful heroes who stood up during these years. Specifically, this week, we’re going to be focusing on Harriet Tubman.

Holding onto expectations for a better week, I’m hoping for a shiny, happy student.

@planetbravo is giving away a free HP Chromebook 11! Enter to win here:  http://woobox.com/tynpes/67flpu

My Silly Little Gang and Dividing by Zero

One lucky winner will win

All entries are optional

We appreciate the support of our sponsor, co-hosts and bloggers promoting, please show your support by following them on their social media pages.

Disclaimer: DMO3 is not responsible for the awarding of the prize.  If you have any questions about this giveaway, please email the host at nysavingspecials@gmail.com
If by chance, the Rafflecopter doesn’t appear, click the words Rafflecopter Giveaway & it will

After visiting an online women’s forum,

Paige Coleman decided to write a piece directing women to answers in God’s Word. Deciding that women need mentors in the faith, she dedicated herself to writing. Her purpose is outline in the book’s preface & states that she wants women to seek God’s will.

What followed is a directive of sorts that instructs women to die to self & go forward in God’s will. Scripture references are from the KJV & are included on nearly every page.

Let’s begin with the positives. I appreciate that Paige Coleman used so many Scriptures. Relying on God’s inerrant Word as the forefront of your work can never be wrong! Second, the author obviously had a great deal of passion towards her project. Obviously, she spent a great deal of time on it.

However, in this case, there were too many negatives to ignore. King James Bible versions are often times difficult to read by newer Christians. NIV version references are, from my reviews of prior works, better received than KJV. Simply put, this is a matter of personal preference, but nonetheless, KJV can be a little too formal for some readers,

Next, the book’s foreword actually made me question whether or not to read this book. A note to the publisher: remove this forward. It can only be described as a ‘downer’. One should not have their spouse, unless your Billy Graham’s, write a foreword for their book. Especially of note to this is that the husband basically comes off prideful & taking credit for her conversion. His description makes the reader feel as if she has become a glorified-Stepford wife after finding God.

Moving on, our author writes as if she’s perfecting a theology paper for college. I’d have much rather read her take on specific women’s issues without her trying to ‘purge’ all sin from my heart. That job belongs to Jesus-only.

As always, give the book a try if you so wish, but I believe it to be of little benefit to Christian women. 2 stars of 5 is a generous rating.

I received a copy in exchange for an honest review. All opinions are mine. 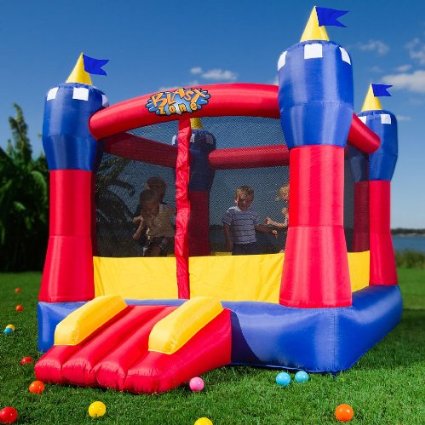 Send payment as gift to brittchelette@gmail.com

Devoted Mommy of 3: A New Beginning
Create a free website or blog at WordPress.com.